From China to South Africa, Stories of Covid-19 Survivors 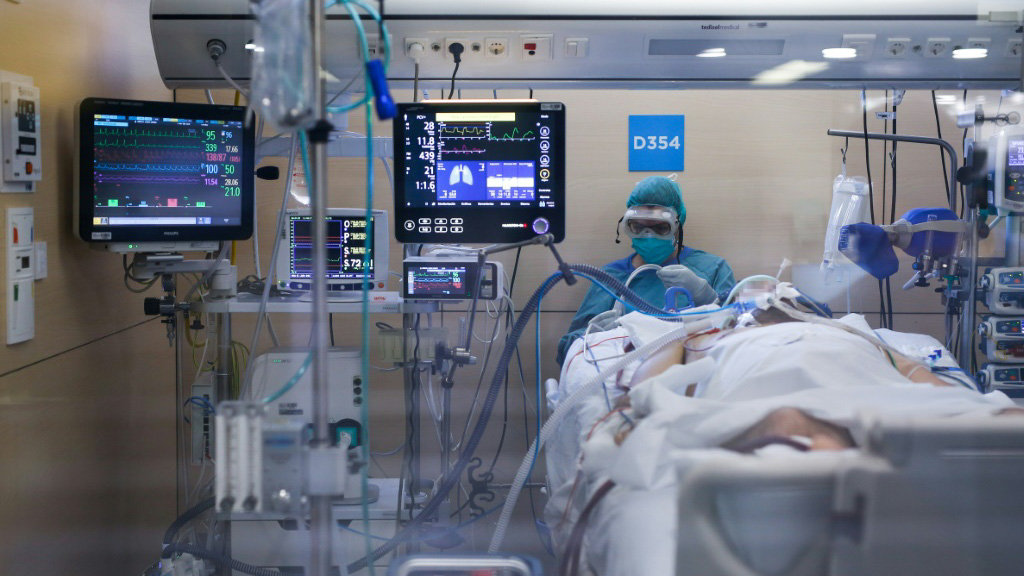 The new coronavirus has reached almost every corner of the planet, confining nearly half of humanity to their homes and turning life upside down for billions

A sense of death stalking the hospital ward, fear of dying alone, tearful despair and disarray at home, solitude, anger and the desire to share, or change their life: 12 people from different parts of the world who have survived COVID-19 share emotional and harrowing stories of the pain and fear after catching the virus:

With no pre-existing health conditions, South Korean engineering professor Park Hyun, 47, said he’d originally thought the coronavirus was “not my problem”, until he developed symptoms and ended up in intensive care in the southern city of Busan.

It had started with a dry cough and sore throat, he said, followed a few days later by a shortness of breath so severe he fainted while waiting for a hospital coronavirus test.

It came back positive and he was admitted to hospital where his condition fluctuated wildly every day and several times he thought he would die.

“It was like a roller coaster,” he said. “I was feeling like there is a thick plate pressuring my chest and also needles poking my chest.”

Some of his symptoms may have been the side effects of his treatment, he believes.

But after eight days and two negative tests, he was discharged.

“I had a very bad situation,” Park said. Whenever his condition was slightly better “I was thinking that might be my last time where I can write something in my life,” he added. 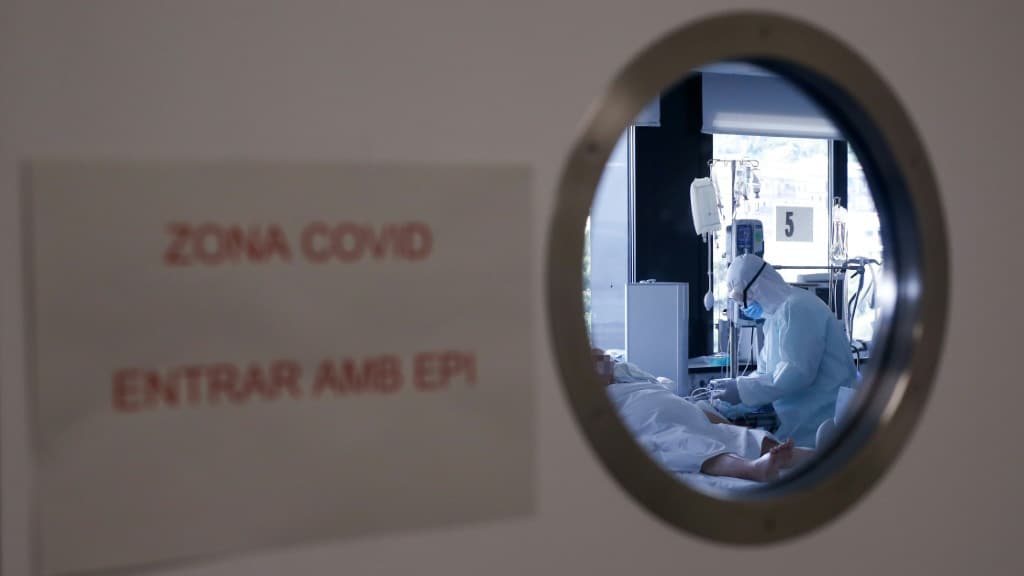 Cardiologist Fabio Biferali spent eight days “isolated from the world” at Rome’s Policlinico Umberto I hospital in an orthodontics department that had been converted into an intensive care unit.

Describing the pain he felt as “strange”, the 65-year-old said it almost resembled having a little monkey on his back, just like one of his patients had described it to him.

Oxygen therapy is painful and finding a radial artery is difficult, he said. “They would do it up to twice a day. Being a doctor helped me bear the pain. Other patients would desperately shout ‘enough’ ‘enough’.”

The hardest part were the nights, alone with his fears.

“I was afraid of dying without being able to cling on to the hands of my family and friends, despair overcame me.”

While medical staff were covered head to toe in protective gear, Biferali said he found some solace in being able to see their “affectionate” eyes behind the glass masks and hear their voices.

“Many were young, doctors on the front line. It was a moment of hope.”

Going to ‘Gate of Hell and Back’

Wan Chunhui, 44, said he was “terrified” at first but that going to the “gate of hell” and coming back to survive the virus had transformed his outlook on life.

“I think the biggest change for me is that my way of looking at things is different now,” said Wan, who spent 17 days at the makeshift Huoshenshan Hospital in the Chinese city of Wuhan, in central Hubei province, where the outbreak began.

“I feel really calm about everything, really calm… I went to the gate of hell and came back. I saw with my own eyes that others failed to recover and died, which has had a big impact on me.”

He had initially isolated himself to protect his family after getting a temperature, but, still feverish a couple of days later, he walked an hour to hospital.

Tests were not available but he was prescribed antibiotics and flu medication and asked to quarantine himself at home due to a hospital bed shortage.

“I was terrified at first,” he said. “But I went back home, switched to a positive mood, and braced myself for the situation. Anyway it’s pointless to panic,” Wan told AFP.

The 44-year-old investor and married father of a nine-year-old daughter already suffered from high blood pressure before the virus.

At home, he began recording his illness in an online diary, but a bad cough set in and he was admitted to hospital.

Wan was transferred to one of the two field hospitals built for virus sufferers in Wuhan, a well-supplied center, he said, where he was treated mostly with Western medicines. 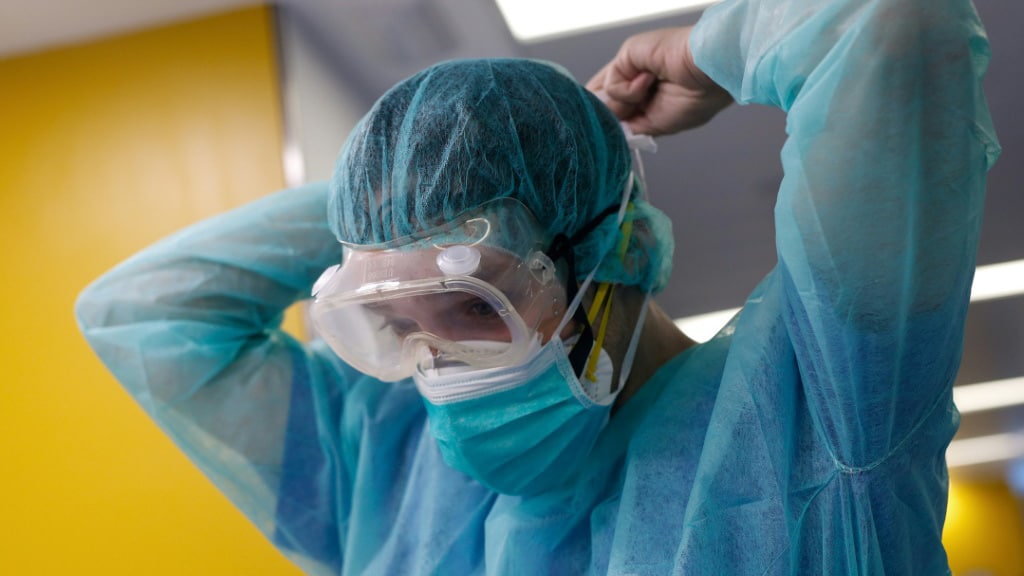 Just three months ago, few people even knew the word “coronavirus” but as the disease continues to spread across the globe, it has become a watchword for the daily life of billions

Song Myung-hee, 72, was afraid of dying alone after being infected during a service at the Shincheonji Church of Jesus in the southern city of Daegu, a secretive religious group at the center of South Korea’s coronavirus outbreak.

She was at the same event as the woman known as Patient 31, a 61-year-old who attended four services before being diagnosed with the virus.

Song was quarantined at home as a precaution but remained asymptomatic for several days before the virus struck suddenly with a severe cough.

“I could not sleep at all,” she told AFP. “It lasted for two days. I had to hold a plastic bag at all times because I kept on coughing up phlegm.

“Then my face started swelling. I was scared I might die alone.”

Facing an influx, no hospital beds were available at the time in Daegu, so she was taken to Seongnam, 220 kilometers (137 miles) away.

“I was relieved when I entered the hospital room — because at least there, I knew I wouldn’t have died alone,” she said.

The Shincheonji Church leader has apologized over its role in the spread of the disease but, despite her family’s pleas, Song is resolute about staying a member.

“I’m never leaving my church, it doesn’t matter what other people say.”

Comes and Goes in Waves

“The best way to describe it is: when you are at a high altitude, you struggle to breathe,” said Christine, 28, from South Africa, who suffers from syringomyelia, a disorder affecting the spinal cord.

Two days after being in contact with a sick work colleague, the analyst said she felt the first symptoms and COVID-19 was confirmed.

Her partner, lawyer Dawie, 30, could not take the test because “the system was already under a lot of pressure” but within a few days had the same symptoms.

Self-isolated, the couple who did not wish for their full names to be published, continue to work from home.

Sometimes they wondered if they were overreacting because some days they felt fine, Dawie said.

“Within days, it fluctuates. You get chilled and later on you feel better…The worst for me was last week… I was really short of breath… I called my doctor. She told me to look at the signs showing that I am not getting enough oxygen.

“You should look at your fingernails if they turn blue,” he said.

French housewife and mother-of-three Djemila Kerrouche said the worst part was the challenge her three children faced continuing their school work while confined at home.

After developing symptoms, she wore gloves and a mask at home and didn’t touch food, she said, but two of the children — who are aged six, 11 and 19 — were already coughing.

“My children put themselves under great pressure, they want to succeed at school,” said the 47-year-old from Mulhouse in eastern France, which has been badly hit by the pandemic.

“Their teachers give them work as if the situation were normal,” she said.

“The big one is preparing for her bac (end of secondary school exam) and I see her cry when she can’t manage and I can’t hold her in my arms, console her, help her.”

“My moral is rock bottom. I can’t stop crying…”

Marisol San Roman, a sociologist and student from Argentina, said she was shocked to find she had the virus and described the “total solitude” of being infected.

She is thought to have caught COVID-19 at a farewell dinner in Madrid after the closure of the Instituto de Empresa business school where she was studying, before returning home to Argentina.

Her 65-year-old father with whom she lives avoided her, leaving her food at the door of her room.

On her own, she treated a lung infection and gauged the oxygen saturation rate in her blood. “Coronavirus is an illness which is lived in solitude, in total solitude,” she said.

Her case went viral after she gave Skype interviews to the media, and she said she received several insults via social media for having returned to the country when she was carrying the virus.

She has tried to stop the stigmatization associated with having it, she said.

On her instagram account she writes of wanting to be a kind of social conscience, warning people to be aware, that “this isn’t a joke, being young doesn’t immunize you against anything and that the coronavirus isn’t flu”. 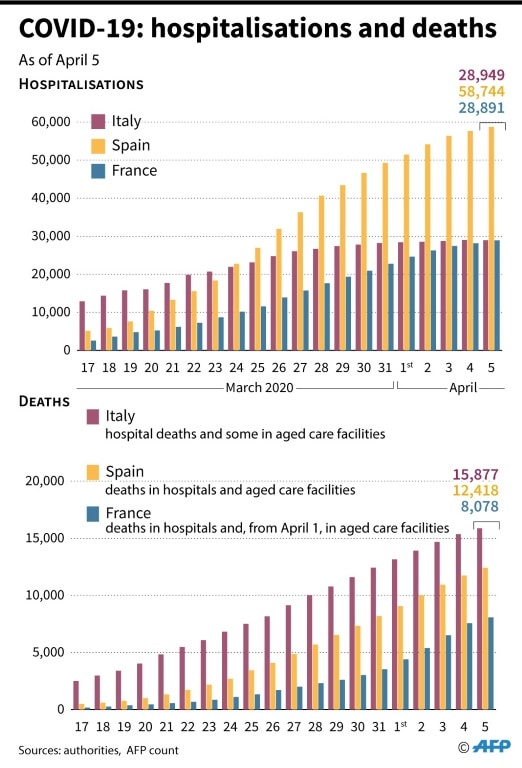 Number of deaths and hospitalizations due to COVID-19 in France, Spain and Italy, since March 17

Sharing our Experience with Others

Entrepreneurs Julia, 27, and Megan, 35, wanted to share what they went through to help others after being among the 50 first cases recorded in South Africa.

They caught the virus, with three other family members, on a ski trip to Switzerland, probably in a bar.

The two women, who didn’t want their full names published, are behind the @livingcoronapositive instagram account, which documents their recovery, responds to questions and aims to “bring some light and positivity to this dark time”.

They all experienced different versions of the symptoms; some mild, others lasted a week, they said.

On testing, they said, “having a large earbud stuck down the back of your nose is not pleasant but it’s quick”.

And their advice, said Megan, is to remember that “stress, anxiety and panic are normal human reactions to something as massive and unknown as this pandemic! So please be kind to your loved ones who feel out-of-control. They need your love and reassurance.”

Frenchman Charlie Barres, 29, works in hospitals in his job as a physical educator and worries about the added strain the pandemic is putting on the health system.

“Warnings about the state of the system don’t date from yesterday. Not so long ago, the caregivers were on strike… And now, it’s blowing up. At the same time, we’re on a disaster footing in hospitals,” he said.

Married and with a two-year-old son, he was confined at his Paris home after the disease began with chills and a sore throat.

A doctor diagnosed him. “The tests are expensive and they keep them for the complex cases,” he said.

After two days of feeling bad, he began to improve gradually. His son has been ill and his wife suffered headaches and a bad throat, he said.

Thirty-three year-old Lorena’s aunt was Ecuador’s “patient zero”, who had returned from holiday in Spain to a family welcome home party with about 30 people in late February in the southwestern city of Babahoyo.

“Already on her arrival she wasn’t well… She told us she had felt feverish during the trip and that a lot of people were coughing” on the plane, Lorena, a teacher, said.

Her 71-year-old aunt was hospitalized in Guayaquil, the epicenter of Ecuador’s outbreak, and the virus was confirmed a week later.

When the family, themselves isolated and tested, then saw now former health minister Catalina Andramuno announce five coronavirus cases during a press conference on TV, they realized “it was us!’, Lorena said.

Her aunt later died, and a dozen family members were infected, including Lorena, who has now recovered.