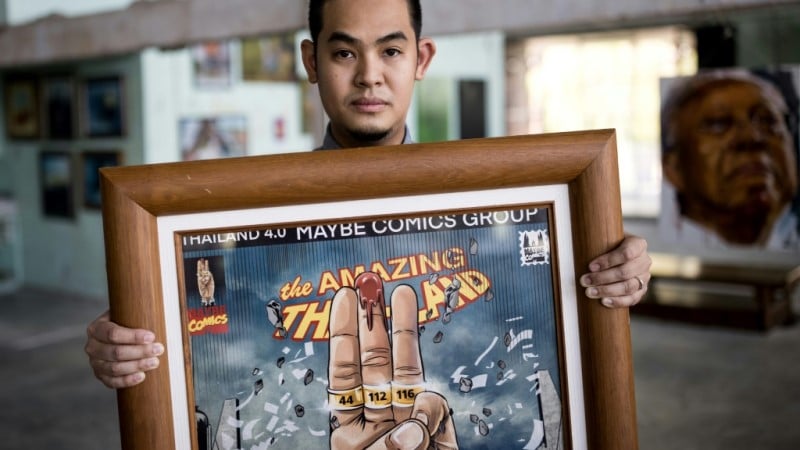 Since July, rolling youth-led protests calling for democratic reforms have been a boon for the kingdom’s art scene, and 35-year-old Chalermpol is among a crop of creatives taking inspiration from the nation’s political mood.

Wearing his VR headset, he etches out a student hanging from a tree — an infamous image from the 1976 student massacre at Bangkok’s Thammasat University that claimed at least 46 lives. 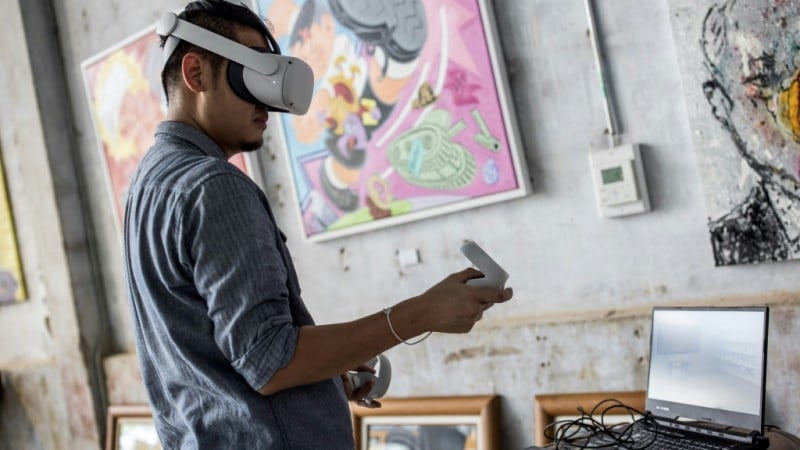 “My goal is to be able to make people feel amused through art and laugh along with it,” he tells AFP, adding that his VR experiment would allow viewers to take a stroll through the scene like a gallery.

Besides augmented reality, Chalermpol also reimagines famed graphic novel covers with Thai political figures as villains or heroes — though he insists his work is neutral.

“It’s best to stick with what’s in the news — then it’s up to each individual how they’d choose to interpret it,” he says.

Making headlines in Thailand at the moment are student protesters calling for a new constitution, reform of the untouchable monarchy, and for Prime Minister Prayut Chan-O-Cha to resign.

The former military chief — who masterminded the 2014 coup and held onto power in elections last year — features prominently on Chalermpol’s art displayed at the Lhong 1919 gallery.

In one image, the embattled premier sports shades like a comic-book baddie and munches on a gold “People’s Plaque” — a pro-democracy symbol that has been harnessed by the youth movement.

Another shows bespectacled protest leader Anon Numpa with a Harry Potter-style striped scarf, wielding a wand as if defending himself from attackers. 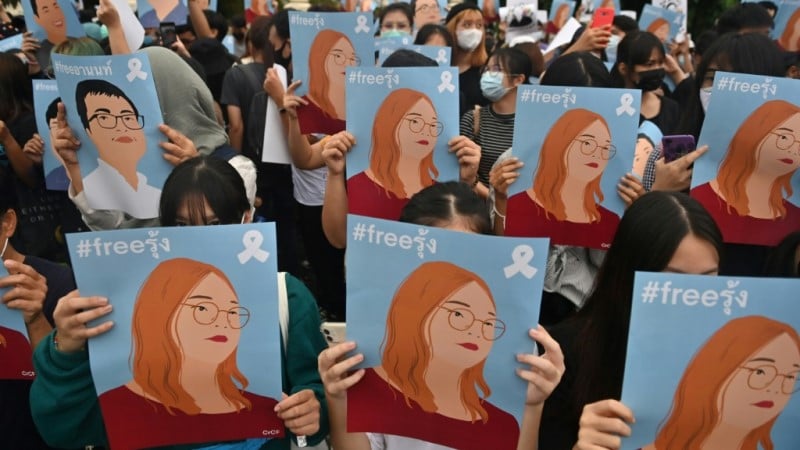 Indonesian artist Ivana Kurniawati makes digital portraits of prominent figures in the pro-democracy movement, posters of which are a familiar sight at rallies

Some of the protest movement’s leading figures — like Anon — have been charged under Thailand’s tough royal defamation law, while scores of demonstrators face other serious charges including sedition.

For Silapa, 24, the protests have created an opportunity to reach a broader audience with his T-shirt designs and earn money towards his dream of studying in Finland.

He says his most popular shirt parodies Prayut’s now-abandoned plan to buy submarines from China, scrapped after drawing a backlash from critics who saw it as military largesse during a pandemic. 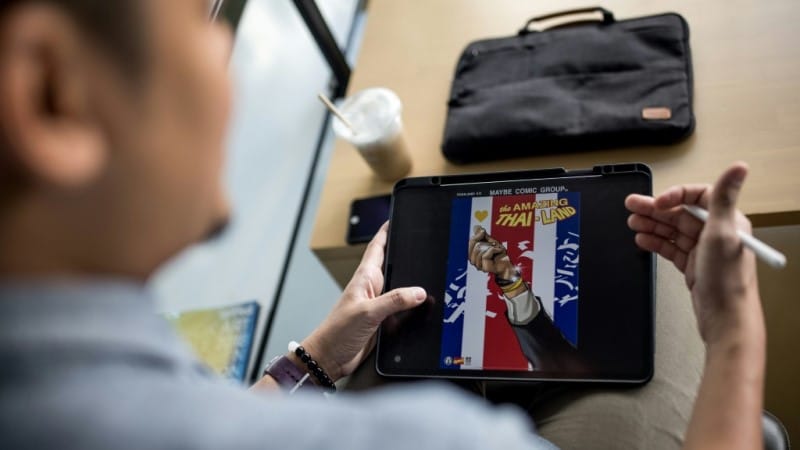 Chalermpol says his goal is to “make people feel amused through art and laugh along with it”, and insists his work is politically neutral

“I want my designs to outlast the protests, meaning even after the protests end, they will still look cool,” he tells AFP.

“I don’t want history to ever forget what Prayut has done to our country,” Silapa says, declining to provide a last name.

Other eye-catching art includes a cartoon of a part-duck, part-strong-man figure protecting students — a reference to how demonstrators used inflatable yellow ducks to shield themselves from water cannon last month. 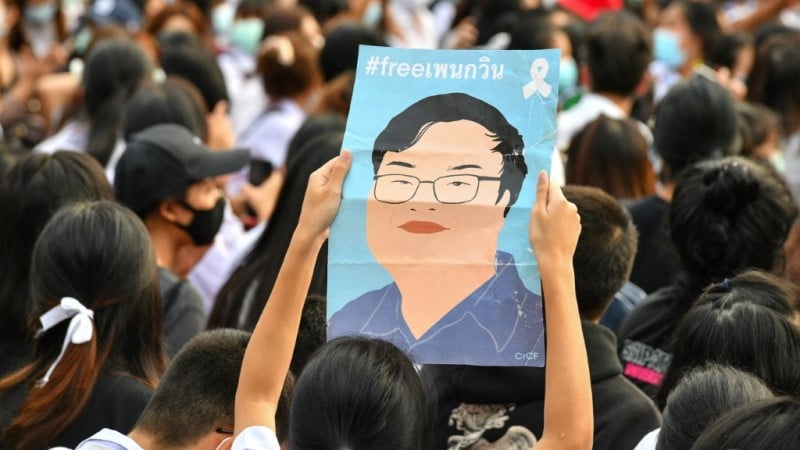 Kurniawati’s posters are a familiar site at rallies, where protesters call for charges against their fellow activists to be dropped

We’re all in This Together

Protests have remained largely peaceful, though observers are wary of a replay of the kingdom’s history of violence-wracked street politics.

Chalermpol remembers the turbulent days of 2010 when at least 90 people died in a crackdown on street protests.

Employing the same tactic of emphasising peace, Indonesian artist Ivana Kurniawati designs her digital art portraits of the student leaders with an almost child-like vibe — setting them against a baby-blue backdrop.

“This is a peaceful movement so I wanted to make the posters represent the period,” the 24-year-old tells AFP.

Kurniawati had initially whipped up portraits of Anon in September after he was first arrested — but added seven more to her repertoire as police continued to detain and charge other leaders.

With a few pen strokes and clever use of color, the silhouettes of the prominent figures are instantly recognizable.

Today, her posters are hoisted in the air at rallies where protesters call for charges to be dropped.

“The best things I can do as an artist is to raise my voice using visual art,” Kurniawati says, adding that she is unafraid of the consequences.