The Best K-Dramas to Binge Watch This July 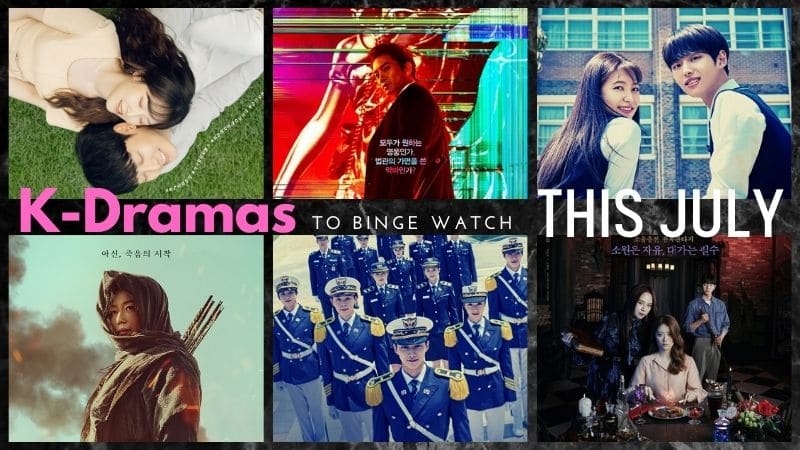 The start of July signals a great beginning for Korean dramas. Whether you love romance, fantasy, or thrillers, these k-dramas will leave you preoccupied for July. Get your popcorn ready because the series listed below will definitely keep you entertained.

If you haven’t watched Korean dramas before, you’re missing out. Also called k-dramas, these shows have become a worldwide phenomenon and have catapulted many actors and actresses to stardom. Considering their amazing production value and storyline, there’s no question why millions of people are addicted to them. Take a look at some of the K-dramas that will be released this month of July.

You are my Spring

This is the perfect mix of mystery and romance. The plot centers on characters who live in the same building where a murder happened. Among the residents of the building are Joo Young-do played by Kim Dong-wood, a psychiatrist who helps people to deal with suicidal thoughts and impulses, and his neighbor Kang Da-jung, played by Seo Hyun-Jin, a manager at a hotel. This will be available on Netflix on July 5.

Streaming on tvN on July 4, The Devil Judge is a series that is set in a dystopian version of South Korea. The story showcases how life has changed because of society’s failure and how residents are itching to fight against their oppressive leaders.

One man, a Head Trial Judge, wants to change his country’s fate by turning his courtroom into a reality show where those who lead their lives in the darkness are humiliated. Ji Sung will be starring as the devil judge, and Kim Min-jung will play the role of the antagonist. Park Jin-young from k-pop group Got7 will also be appearing on the show as a rookie judge, together with Park Gyu-young who will take the role of a detective that wants to uncover the judge’s dark secret.

My Sassy Girl co-star Cha Tae-hyun will be back on the screen to play the role of a veteran former detective. Yoo Dong-man works as a police university instructor, and among his students is Kang Sun-ho. Sun-ho will be played by Jinyoung from k-pop group B1A4, and his character used to be a hacker before joining the university.. Jinyoung is not the only k-pop royalty that will be joining the cast. Former member of f(x) Krystal will be playing a first-year student named Kang-hee. The show will be aired on KBS2 on July 26.

Kingdom: Ashin of the North

This is the highly-anticipated prequel to Netflix’s Kingdom series, and it will feature the origins of the resurrection plant. This spin-off will center on Ashin, a character that was introduced in Kingdom Season 2. She will be played by Jun Ji-hyun.

Ashin knows the origin of the plant that became the root of the zombie plague in Joseon Kingdom. She discovered the plant when she was still a child, and the events that occurred in her life drove her to seek revenge. It will air on Netflix on July 23.

Starring Yeri as Oh Ha-rin and Hong-seok as Ji Seo-jun, this web drama involves time travel. The main character loses her love after committing suicide on her birthday. A decade after he took his life, she found a picture of them and she travels back in time to know what caused his passing. This is the first drama of the two stars together. It will air on July 23 on Playlist Global and Naver TV.

Streaming on Tving on July 16, this eight-episode k-drama is based on the book Welcome to the Witch Restaurant. Song Ji-Hyo will play the role of Zo-Hee-ra, a witch that serves in a restaurant that gives people a chance to make a wish come to life. In return, they must give something to the witch. She meets Jung Jin played by Nam Ji-Hyun, the restaurant’s original owner who loses her cynicism after she tries Zo-Hee-ra’s food.