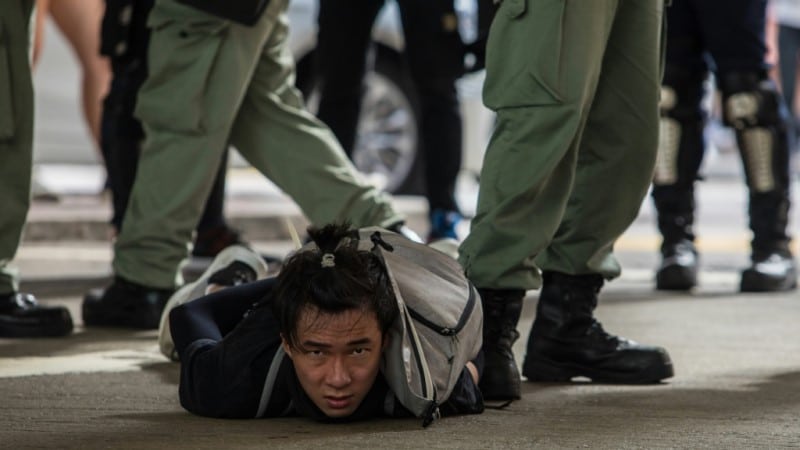 Hong Kong riot police detain a man as they clear protesters taking part in a July 1, 2020 rally against the new national security law imposed by Beijing

China’s authoritarian leaders guaranteed Hong Kong would maintain key freedoms and autonomy after its 1997 handover by Britain in a model dubbed “One Country, Two Systems”.

But a historic retreat from that promise is underway in response to the huge and often violent democracy protests that convulsed the business hub a year ago.

Hong Kong is now a place where Beijing increasingly calls the shots and where voicing certain opinions can now carry up to a lifetime prison sentence. 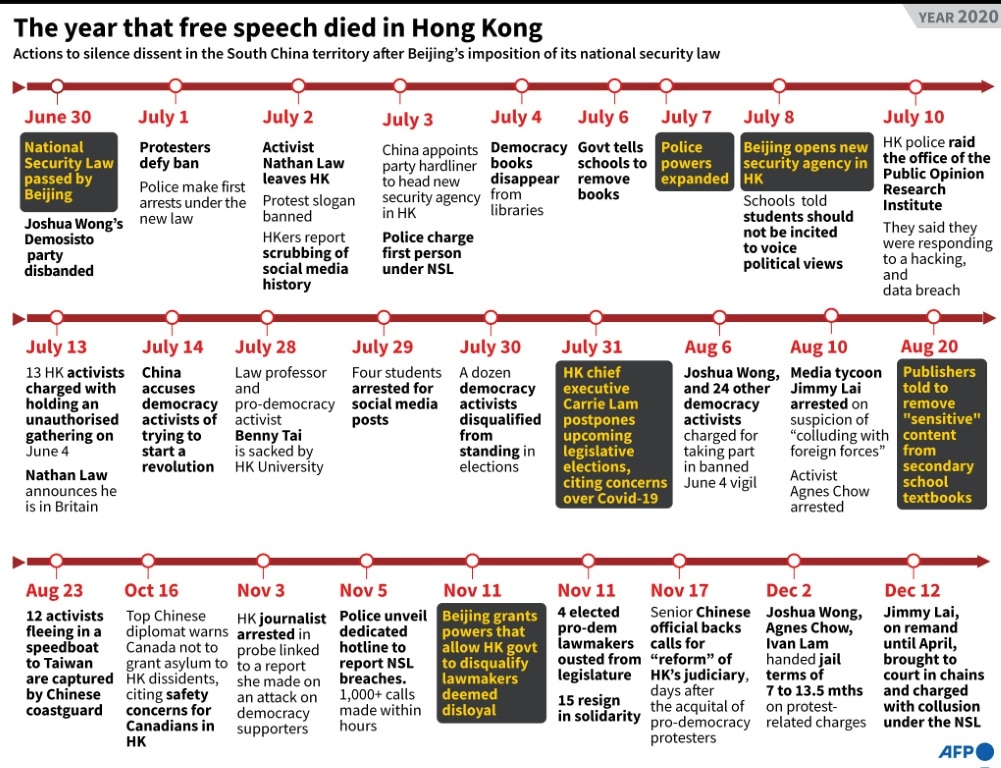 Dozens have been arrested under the new national security law China imposed in June, which bypassed the city’s legislature, its contents kept secret until it was enacted.

Supporters say it was needed to end unrest.

“Whether you like it or not, it has succeeded in restoring peace and stability to Hong Kong,” Regina Ip, a prominent pro-Beijing politician, told AFP.

But critics say it has forever altered the DNA of a free-wheeling city used to speaking its mind.

“It’s the kind of stability you get in a graveyard,” said Philip Dykes, the outgoing chairman of the city’s Bar Association.

“The national security law offencses are, many of them, directed to what people said instead of what people did.”

Even without the security law, Hong Kong changed dramatically over the course of 2020.

Street protests have been effectively outlawed and court docks are filled with the prosecutions of opposition figures.

The city’s half-elected legislature is now devoid of dissenting voices after pro-democracy lawmakers resigned en masse when authorities disqualified four of their colleagues because of their political views.

Other opposition figures were simply banned from standing for local elections.

But the national security law has had the most profound impact. 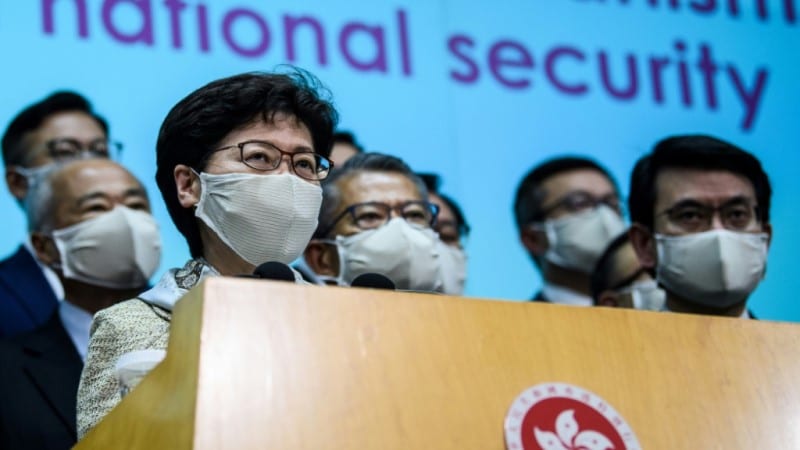 In reality its catch-all wording outlaws a host of political views such as advocating for independence, autonomy or international sanctions.

All but one of the cases brought by police so far center on speech crimes.

Detained media tycoon Jimmy Lai is being investigated for tweets he wrote and media interviews he gave. 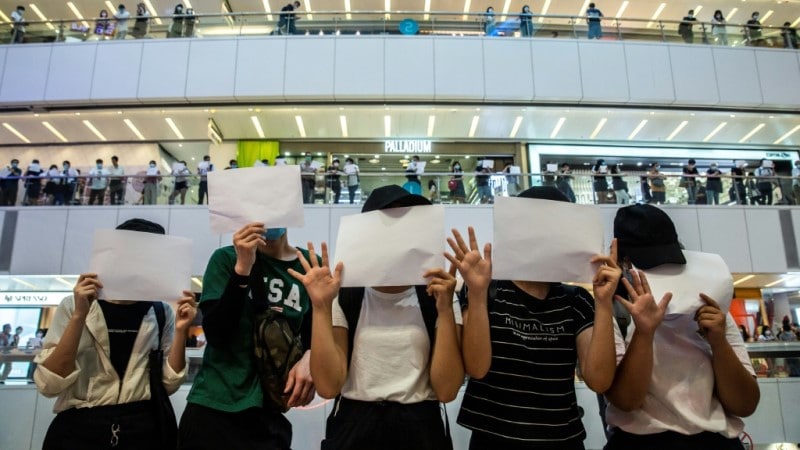 The legal firewall between Hong Kong and the mainland has been toppled — China has claimed jurisdiction over especially serious security cases and empowered its security agents to operate openly in the city for the first time. 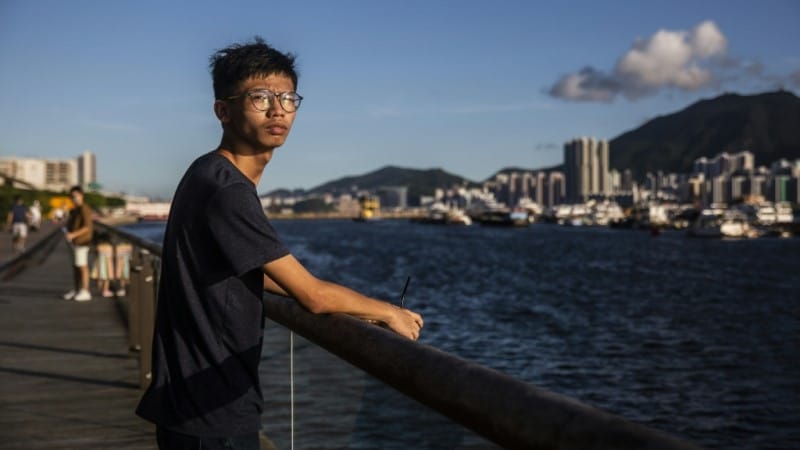 Even establishment figures have been taken aback by the speed and depth of the changes.

“The city where I was born is becoming unrecognizable with each passing day,” Michael Chugani, a once often pro-government commentator, wrote in the South China Morning Post earlier this month.

The city was now seen, he added, as one “that limits free speech, restricts protests, reins in the media, crushes the opposition with waves of arrests, and freezes bank accounts.”

But China’s leaders have no plan to change course. 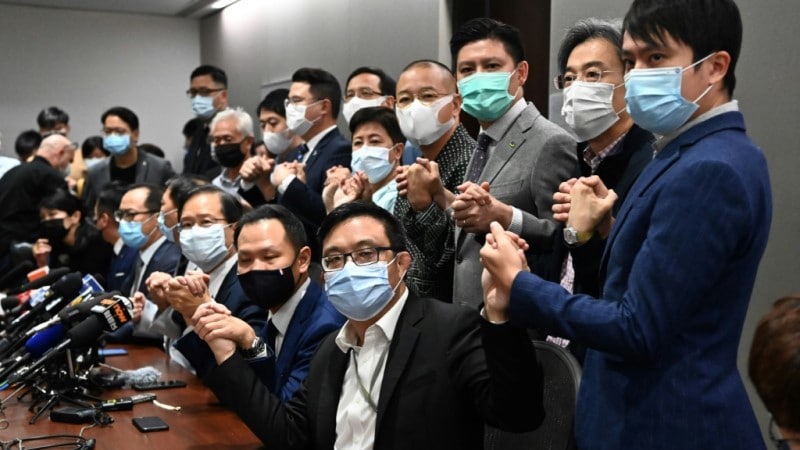 “Beijing will hope to clean the house of Hong Kong as soon as possible,” he predicted.

After a string of protesters were acquitted — often by judges critical of police evidence and testimony — a senior mainland official backed calls to “reform” the judiciary.

A key test of confidence will come in January when those with British National Overseas passports can start applying for long term visas to relocate to the UK.

Predictions of Hong Kong’s demise have been brushed off by Chief Executive Lam, who has struck an increasingly defiant tone. 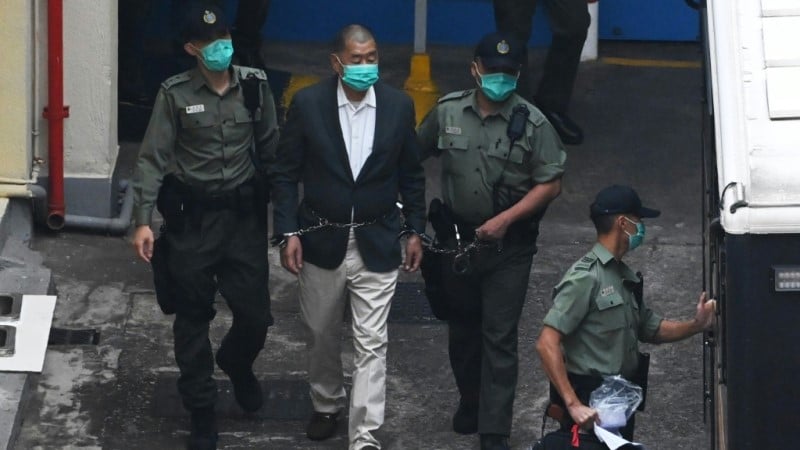 She began the year with a conciliatory New Year’s address vowing to “listen humbly” to people’s concerns.

But by November, Lam told the SCMP she had “regained confidence” and felt no regrets about her administration of the city.