More than 70 years after the Jeju Massacre, its victims were finally recognized

In April 1948, more than 10,000 people in South Korea were massacred in Jeju Island. The country’s authorities have finally apologized over the killings over seven decades later.

“The [South Korean] defense ministry expresses deep regret and condolences to the Jeju people who were sacrificed in the process of a crackdown,” said the official statement, making it the first message of the country’s Defense Ministry for the victims.

The Defense Ministry said the incident was an armed revolt which was ended by the government through the deploying police and military forces. Aside from killing over 10,000 people, around 3,600 went missing, and 2,530 were convicted.

“We promise to be an organization that only thinks about and works for Korean citizens so that a tragedy like this will never repeat in our future,” said Commissioner General of Korean National Police Agency, Min Gap-ryong, adding that they were deeply sorry for the lives that were sacrificed. 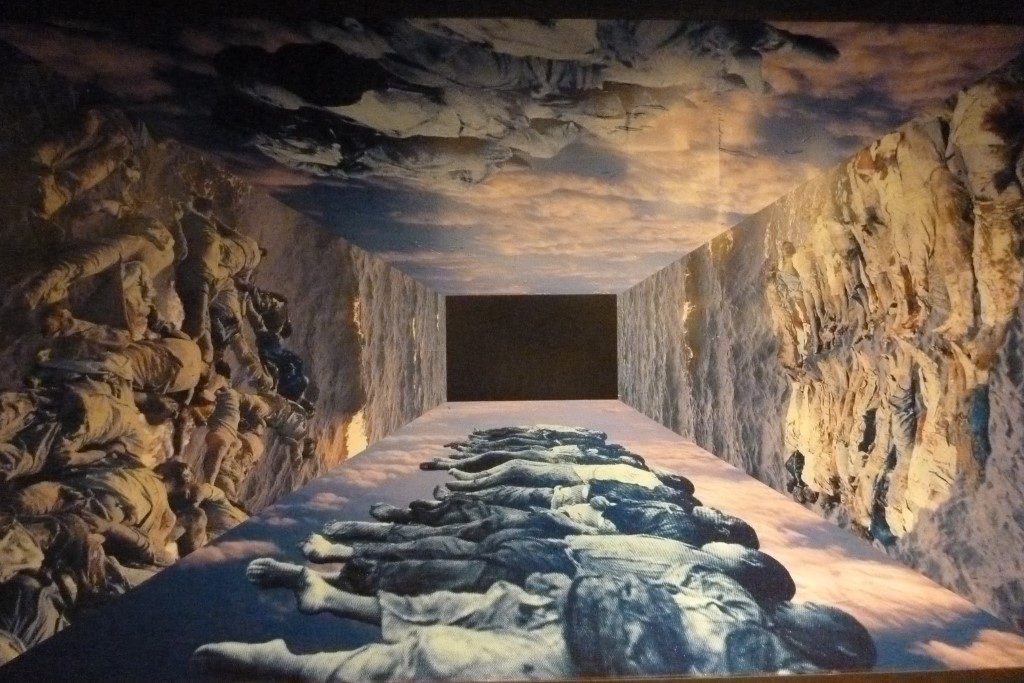 In January this year, the country’s court also dismissed the charges of more than a dozen massacre survivors.

Furthermore, a national ceremony was held to honor the victims. Last year, President Moon Jai-in also issued an apology to the victims and promised to support them in every way.

The apology came after the left-leaning president’s statement that he wanted to set the country’s history right. Moon has also started talks between Pyongyang and Washington and has spoken that the struggle against the colonial rule of Japan is the heart of the country’s national identity.

Additionally, he became the first South Korean president in more than 10 years to attend the memorial ceremony on Jeju which happens annually.

“Young people who were falsely accused of being communists during the April 3 Incident defended their country in the face of death. Ideology was nothing more than a cause that justified the massacre,” he stated.

The Jeju Massacre remains as one of the most controversial events in South Korea and Asia news, together with other events that took place after the war.

Did you miss the ART BASEL Hong Kong?

Did you miss the ART event of the year? See the Best highlights video here for Art Basel Hong Kong

It is no secret that Asians are some of the biggest pageantry fans on the planet. Get to know the Asian queens that bagged the sought-after Miss Universe title.

Accelerating the transition to an ever more digital life, the coronavirus pandemic has tightened tech giants’ grip on billions of customers’ lives.

One Third of the World’s Young Children are Malnourished

A third of the world’s nearly 700 million children under five years old are undernourished or overweight and face lifelong health problems as a consequence, according to a grim UN assessment of childhood nutrition released Tuesday.

Down the Rabbit Hole: Gwen Wong Wayne Looks Back on Her Playboy Odyssey

Only a few jobs in the world can rival the whispers Playboy Bunnies get, both controversial and not. The second Asian American Playmate, Gwen Wong Wayne, recounts her incredible experiences working as a Bunny in the 60s and 70s, and shares her life today.

With commercial airlines engulfed by the maelstrom of the coronavirus pandemic one sector of the industry favoured by the wealthy is thriving: private jets.

A Chinese man kidnapped as a toddler 32 years ago has been reunited with his biological parents, after police used facial recognition technology to help track him down.

Sri Lanka announced harsher penalties in a bid to protect wild elephants on Tuesday, as investigators probed whether seven jumbos found poisoned over the weekend were killed by villagers.

Shining A Light On Asia’s Suicides

When is suicide not just taking of one’s life, but something much more insidious?

Ninety-seven kilometers of rocks in Thai waters stand between Beijing and dominance over the Mekong, a mighty river that feeds millions as it threads south from the Tibetan plateau through five countries before emptying into the South China Sea.

Best Kid Friendly Places to Check Out While in Taiwan

Many parents forego travel the moment they have a child, Thankfully, Taiwan boasts countless Kid-Friendly destinations perfect for the entire family.

The South China Sea: China’s Tug of War with its Neighbors

China’s ambition in the South China Sea: The controversy that surpassed the test of time and emerges to menacing levels

China Expels US Journalists in Biggest Crackdown in Years

China on Wednesday expelled American journalists at The New York Times, The Washington Post and The Wall Street Journal in the Communist government’s most severe move against foreign media in recent memory.

Xiao Yao doesn’t know when or where he caught the new coronavirus. The 27-year-old, who works in the southwest city of Chengdu, only realized something was amiss as the clock ticked midnight into the year of the rat on January 25.

Don’t travel to South Korea without reading these timeless tips.

A pungent smell hangs in the early morning air as researchers collect samples of sewage dumped into a river in Nepal — a cost-effective way to trace the coronavirus spread for the resource-strapped Himalayan nation.

Tearful and screaming by turn, tens of thousands of BTS fans gathered in Seoul for the finale of the boyband’s lucrative world tour, some flying thousands of kilometers to pay homage to their idols and swell their backers’ bulging coffers.

Indian authorities used drones and fire engines to disinfect the pandemic-hit city of Ahmedabad on Saturday, as virus cases surged and police clashed with migrant workers protesting against a reinforced lockdown.

A Chinese-made vaccine against the new coronavirus entered the final stage of testing Tuesday in Brazil, where volunteers received the first doses of what officials hope will be a game-changer in the global pandemic.

Sony said Friday it is pulling the much-hyped Cyberpunk 2077 from PlayStation stores around the world after a flood of complaints and ridicule over bugs, compatibility issues and even health risks.

Tens of thousands of Hong Kongers packed into a park Saturday night to mourn a student who died during recent clashes as police arrested a group of pro-democracy lawmakers, deepening the city’s political crisis.

Thousands of partygoers packed out a water park over the weekend in the central Chinese city of Wuhan, where the coronavirus first emerged late last year, keen to party as the city edges back to normal life.

Two of the sharpest minds in women’s chess are doing battle this week in Shanghai with a world champion title on the line and a record prize fund as the game seeks to close the gender gap.

How rich is Kim Jong-Un? His wealth is believed to be in the billions, but his people are probably fighting for scraps at this very moment.

An international panel of experts hired to advise Hong Kong on the police response to huge pro-democracy protests announced Wednesday they were quitting, saying the watchdog was not fit for purpose “in a society that values freedoms and rights”.

Hong Kong Performers Long for Limelight as Pandemic Drags on

Hong Kong’s performing arts community has been brutally hit by the coronavirus pandemic, which has left theatres empty and stage lights cold — and there is little hope on the horizon even as entertainment venues begin to reopen.

A giant 23-meter (75-foot) whale briefly washed up near a beach in Indonesia but it was unclear how the enormous marine mammal died, a conservation official said Wednesday.

An Indian government unit established to develop soaps and medicinal products from cow dung has branched out with a “chip” it claims can protect people from cellphone radiation.

Authorities would not allow just anyone to get near the parade route, with large swathes of central Beijing on lockdown so troops, tanks and missiles could file past Tiananmen Square.