Huawei vs iPhone in China

Chinese telecom giant Huawei has been accused of intellectual property theft by the US Justice Department. This made way for a drop in Apple sales.

Although Huawei is under fire anywhere else in the world, it is only growing in China as it continues to outsell iPhones.

The Chinese market was dominated by the company from January to March this year, with 34% more sales than its rivals including Xiaomi, Oppo, and Apple. This makes it the only smartphone brand growing in the country despite the declining market.

Huawei shipped approximately 30 million phone units in three months, while Apple’s sales decreased by 30% or six and a half million phones – its worst decline since 2017.

China is not the country where iPhone is struggling. The California-based company dropped 17% of its global sales from 2018.

“The latest tension between the US and China raised the patriotism in Chinese consumers,” stated analyst Jusy Hong, confirming that the US government’s campaign against Huawei is the reason for its skyrocketing sales in China.

According to Jong, many Chinese companies are encouraging their employees to buy Huawei phones. This patriotism is also a form of support for Huawei’s Chief Financial Officer who was arrested in Canada late last year.

“There is a calling from my heart that I need to show support for Chinese brands, especially in the trade war climate,” said Wang Zhixin, who recently switched from an iPhone 7 to Huawei P30.

The United States is also convincing other countries not to push through with launches of new Huawei products and 5G wireless networks due to its criminal charges.

China is the largest smartphone market in the world and its people love Huawei due to its cutting edge technology which offers amazing cameras. Huawei is also relatively cheaper than iPhone models.

The decline of ZTE sales is also a factor in the rise of Huawei smartphones. The brand was not allowed by the US government to purchase American parts as a punishment for not honoring a deal. Because of this, its sales dropped nearly half, and almost all the profit went to Huawei.

Take a look into this ancient all-natural mysterious beauty gem

Tens of thousands of Hong Kongers packed into a park Saturday night to mourn a student who died during recent clashes as police arrested a group of pro-democracy lawmakers, deepening the city’s political crisis.

South Korean singer-songwriter Jung Joon-young was convicted Friday of gang rape and distributing videos of the assaults and other sexual encounters, and was jailed for six years in a scandal that has rocked K-pop.

Where are all the Google’s Offices in Asia?

Take a Peek inside Google’s Colorful Offices all around Asia

Hundreds of millions across the world celebrated pared-down Christmas festivities on Friday due to coronavirus restrictions, as Pope Francis called for vaccines for everyone, describing them as “glimmers of hope in this period of darkness and uncertainty”.

On the streets, in parks and garages, seven Cuban youngsters spent seven months practising K-pop moves to secure a spot on their dream stage: an appearance in South Korea to imitate their idols.

Updated as of 05/21/20 – Carlos Ghosn’s stunning flight while on bail awaiting trial has vindicated prosecutors who said he should have been kept in custody, and sparked calls to toughen Japan’s justice system that critics say is already overly harsh.

The new coronavirus has handed Beijing an unexpected gift — an end to Hong Kong’s pro-democracy rallies. But for protesters like Sam it is a chance to rest up before going back on the streets.

Even more than six decades after his death, no Hollywood actor can still rival the appeal of Rebel Without a Cause star James Dean. Get to know the crowdfunding campaign that aims to show his fans never before seen photos from the last days of his life.

Japan has quarantined a cruise ship carrying 3,711 people and was testing those onboard for the new coronavirus Tuesday after a former passenger was diagnosed with the illness in Hong Kong.

The Most Popular Asian Superstars on TikTok

In the eyes of their fans, the most followed figures on TikTok have gone past beyond celebrity status. These TikTok stars have millions of followers under their belt and many have cemented their fame by creating funny skits, lip-sync videos and duets.

Japan has more than proven itself to be an important hotspot when we’re talking about technological development and innovation. Take a look at some of the craziest products.

US Lawmakers to Name Chinese Embassy Street after Whistleblower Doctor

US lawmakers on Thursday proposed renaming the street in front of China’s embassy after the late Wuhan doctor punished after warning about the new coronavirus, a step sure to outrage Beijing.

The US Department of the Interior has grounded its fleet of Chinese-made drones as it conducts a review of the program.

The Rundown: All about Malaysia

Tucked away in the dazzling neon of Seoul’s Hongdae nightlife district, a small building bears an image of a North Korean-looking construction worker pointing to the slogan: “Look! It’s the Pyongyang Bar!”

Myanmar’s Bozhena Antoniyar had to side-step conservative parents to take up bare-knuckle fighting, but her stealth paid off on her MMA debut when she knocked out her opponent in a record 24 seconds.

An American woman convicted with her boyfriend of killing her mother and stuffing the body in a suitcase at a luxury Bali hotel is to be freed from prison early, her lawyer said Monday.

Who would have thought that a humble bicycle could still be further improved to make it a more efficient ecological transport which does not only protect the rider’s health but also help improve air quality in the streets.

A rooster fitted with a knife for an illegal cockfight in southern India has killed its owner, sparking a manhunt for the organisers of the event, police said Saturday.

Hundreds of people in eastern China have been infected with bacteria which can cause dysentery after drinking contaminated water, state media said Monday, prompting the closure of a local water plant.

More than a third of Chinese-Australians surveyed reported facing discrimination last year, in a report released Wednesday that points to a souring relationship with Beijing and Covid-19 as driving forces.

Nepal rolled out the red carpet on Saturday for China’s President Xi Jinping but rounded up Tibetans to prevent protests during the first state visit by a Chinese leader in 23 years.

Night after night, video game streamer RekItRaven watches as their feed is inundated with abusive messages. Hate raided, yet again.

Cats may have nine lives, but their time on Earth is often cut short by kidney problems — so people in Japan who want their feline friends to live longer have donated nearly $2 million to the search for a cure.

An ethnic Chinese scientist working on the novel coronavirus in the United States has been shot dead in what police said was a murder-suicide over an “intimate partner”.

Hong Kong media tycoon Jimmy Lai was jailed for 14 months on Friday along with four other veteran democracy activists for their roles in protests that helped trigger a sweeping crackdown on dissent by China — sentences that prompted consternation from the US, Britain and the EU.

Japan and Judo – an Unbreakable Bond

When the Tokyo Olympics eventually open a year late, one of the hottest tickets in town will be for judo. Invented in Japan and first introduced at Tokyo 1964, judo is coming home.

Hong Kong police on Friday said they had launched an investigation into Olympic Games fans who booed China’s national anthem and drowned it out with chanting during a public screening at a mall.

Indonesian conservationists say they’ve spotted the biggest specimen ever of what’s already been billed as one of the world’s largest flowers.

Long lines of unemployed relying on free food across Bangkok, scrambles for cash handouts and fishing in fetid canals — Thais are getting increasingly desperate as the pandemic destroys the economy and the government struggles to respond. 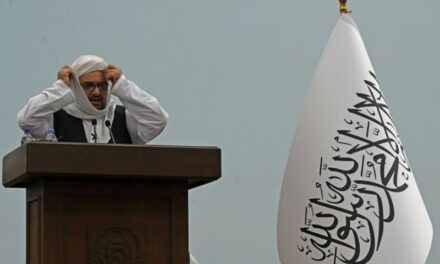 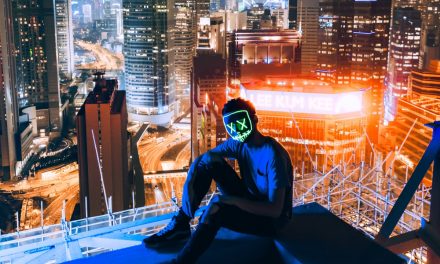 Hong Kong: Depression and Suicide at an All-Time High 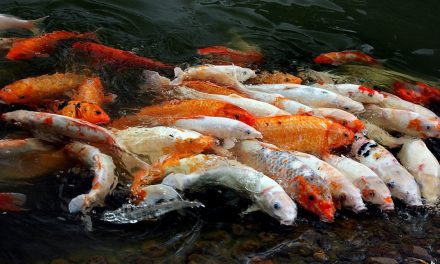 The Japanese Koi: The Bejewelled Fish From Asia 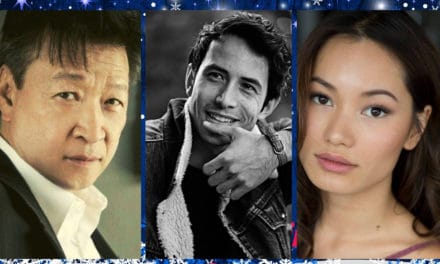