Traveling to Singapore with a drone anytime soon? You might want to rethink your decision. The country has required all drone owners to get permits before flying one or risk penalty or jail time.

The Singapore Parliament recently announced that all drones must register by the end of the year. Operators of “large or capable” drones should also be licensed and will be under stricter rules.

The law was enacted after drones caused delays in 55 flights in Changi Airport on June 24. Eight flights were also diverted due to unauthorized drone activity.

On June 18, Changi Airport was forced to close one runway because of drone sightings. The incident affected 38 flights.

“This will ensure that drone operators are made aware of their responsibilities and undertake to conduct their activities in a responsible manner,” stated Senior Minister of State for Transport Lam Pin Min.

“Meanwhile, our priority is to detect the drones promptly and prevent them from affecting air traffic and endangering public safety,” he added. Authorities still have not found out of the perpetrators were foreigners or locals.

Currently, aviation authorities have stepped up their game to detect and disrupt drones in Changi airport. Lam also said that the government has learned how to identify and catch perpetrators through the experience of other airports. 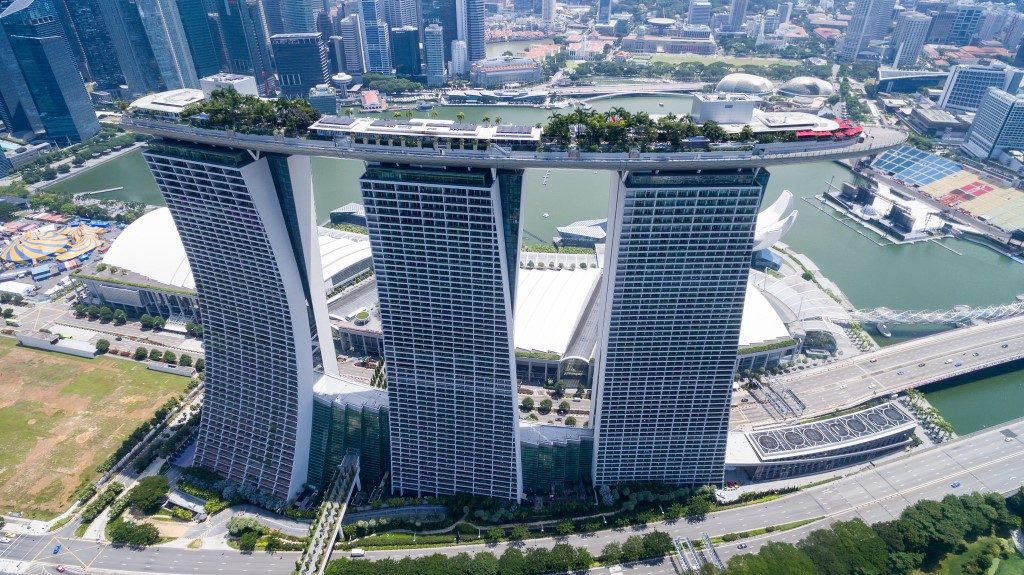 Despite rumors about banning drones altogether, the country officials stated that drones have advantages such as doing aerial inspections, facilitating deliveries, and education. Instead of banning it, the government will simply find the right balance, especially since the technology is ever-changing.

“As with other forms of disruptive innovation, finding the right balance in terms of regulations will take time, particularly since drone technology continues to evolve quickly,” Lam said.

In the meantime, drone users who do not abide by the new rules will face more severe penalties. Rogue drone operators can now be jailed up to a year, and fined up to S$20,000.

The law prohibiting drones to fly within 5 km. of an aerodrome without a permit has been deemed as sufficient. The government hopes that the new law will make drone owners more accountable and responsible.

Is Tibet really the Shangri La? The mystical land of meditation and prayers

Temperatures in Beijing were set to plummet to a three-decade low overnight on Wednesday, but that didn’t stop a hardy group of retirees plunging into icy waters to indulge in their bracing hobby of outdoor swimming.

Anchor Dhobie de Guzman has been the face of a popular news show in the northern Philippines for more than a decade. Now the closure of his regional station — and dozens of others countrywide — has left him out of work.

China’s #MeToo Movement Gets its Moment in Court

A sexual harassment case against a powerful Chinese media figure opened in Beijing on Wednesday, with his accuser calling it a major moment in the country’s still-young #MeToo movement.

An Australian boy with dwarfism whose distress from bullying became a viral video will donate hundreds-of-thousands of dollars in donations to charity rather than a trip to Disneyland.

Earlier this year, shortly after completing gender-reassignment surgery, a Chinese transgender woman surnamed Yang was fired from her job, an all-too-common fate for members of the country’s LGBT community.

Thailand to Test 10,000 after Virus Outbreak Linked to Seafood Market

Thailand will test more than 10,000 people for coronavirus after an outbreak linked to its biggest seafood market, officials said Sunday.

The billionaire founder of global acrobatic troupe Cirque du Soleil, Guy Laliberte, has been detained in French Polynesia on suspicion of growing cannabis on his private island in the South Pacific, authorities said.

Chinese workers raise their fists beside a red communist flag in a painting displayed at a Beijing museum, one of nearly 200 works put together for a propaganda exhibition that hails, not the Maoist past, but the “heroic deeds” of frontline medics fighting the coronavirus.

Orange Beard is Trending in Bangladesh

From shades of startling red to hues of vivid tangerine, brightly coloured beards have become a fashion statement on the streets of Bangladesh capital Dhaka.

The guide to one of Malaysia’s most beautiful destinations, Cameron Highlands

The Modernity of Chopsticks

The humble chopsticks were truly modern ahead of its time. Specifically, 5000 years ahead!

A Philippines suburb is getting help from a galaxy far, far away to enforce its virus lockdown — Darth Vader and a retinue of stormtroopers, whose patrols are drawing smiles from locals weary of weeks of quarantine.

Iconic Asian Breads You Can Actually Try to Make at Home

Are you a bread lover? If so, you need to explore more options other than your favorite sourdough and baguette. Asia offers a wide array of famous breads that are so good it will make you want to make it yourself. We scour some of the best tutorials so you can try to make them at home.

Made in Japan: Shiseido Refocus on Prestige Status

On wasteland once used for earthquake drills in the small town of Otawara north of Tokyo, Japanese giant Shiseido has built its first domestic factory in 36 years, hoping to capitalise on a boom for “Made in Japan” cosmetics.

There is more than meets the eye to the towering robot resembling a character from the “Transformers” movie franchise — it speaks Vietnamese and is made from spare motorbike parts.

A mountaineering team including a Bahraini prince arrived in Nepal Wednesday, expedition organisers said, after officials made an exception to a coronavirus ban on foreign arrivals.

Four astronauts were poised to launch on the SpaceX Crew Dragon “Resilience” to the International Space Station on Sunday, the first of what the US hopes will be many routine missions following a successful test flight in late spring.

Meicai is a website-slash-phone application that allows users to get produce delivered from a farm straight to the comfort of their homes. It was established in 2014 by owner Liu Chuanjun.

Elephants Continue to be ‘Broken’ for the Thriving ‘Sanctuaries’ Tourism

Separated from their mothers, jabbed with metal hooks, and sometimes deprived of food – many Thai elephants are tamed by force before being sold to lucrative tourism sites increasingly advertised as ‘sanctuaries’ to cruelty-conscious travelers.

China has been single-handedly dominating both the production and consumption of electric cars in the world today.

Police in fire-ravaged Australia on Wednesday charged a volunteer firefighter with arson, alleging he lit seven blazes before returning to help colleagues extinguish them.

A tale of heartbreak – a dead whale was found in the shores of the Philippines. Marine biologists are calling it the worst case of plastic ingestion.

Hong Kong Chief Abandons Policy Speech after Being Shouted Down

Hong Kong’s embattled leader abandoned a State of the Union-style speech on Wednesday after she was shouted down by opposition lawmakers on a day that also saw a prominent protest leader left bloodied by hammer-wielding thugs.

A well-known “rule of paw” holds that you can tell how old your pooch is in human terms by multiplying its age in years by seven.

Meet the Wingsuit Jumper Bringing the ‘Cool’ to Chinese Sport

Zhang Shupeng appears untroubled as he surveys the jagged mountains of a national park in central China — before diving head-first off a cliff to bullet down at 230 kilometres (140 miles) an hour.

A Recap of What Happened in Japan’s Devastating Earthquake, Tsunami and Nuclear Disaster

Referred to as the “triple disaster”, Pope Francis will meet in Japan with victims of the enormous earthquake and tsunami of 2011 that triggered the Fukushima nuclear meltdown

The opening of the first ever “Super Mario” theme park has been delayed again as Japan battles a surge in coronavirus cases, Universal Studios Japan said Thursday.

Hundreds of lychee farmers sorted and graded huge piles of the tropical fruit at a busy wholesale market in northern Vietnam on Tuesday, but many bemoaned slumping prices as foreign traders were held up in quarantine.

The Chinese high-tech companies blacklisted by Washington over alleged ties to rights abuses are rising stars in China’s ambitious drive to overtake the United States in the technology sector. 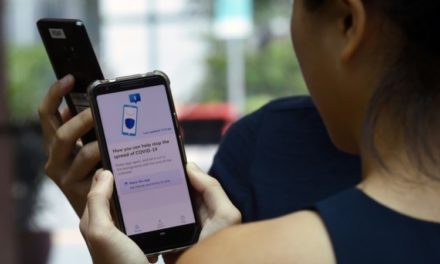 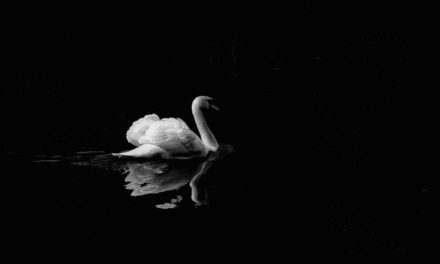 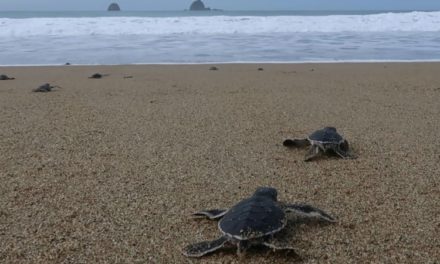 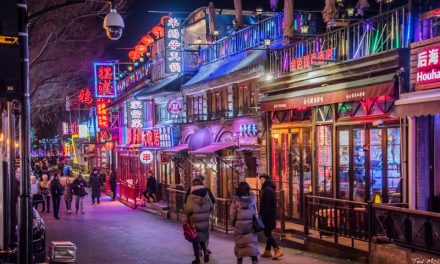