Visiting Indonesia to see Komodo Dragons next year? You might want to adjust your plans.

Wildlife enthusiasts all over the world might want to skip visiting Komodo Island. East Nusa Tenggara officials are planning to close down the park for one year.

This decision was prompted by the need to fix problems which came up due to mass tourism. Thousands of tourists go to the islands located in the eastern part of the country to visit the world’s largest lizards.

The island is home to thousands of dragons which weighs 70 to 90 kilograms and can grow up to three feet in length.

According to Marius Jelamu, NTT administration spokesperson, the closure will only be in Komodo Island and will not include other conservation areas where the dragons are present. 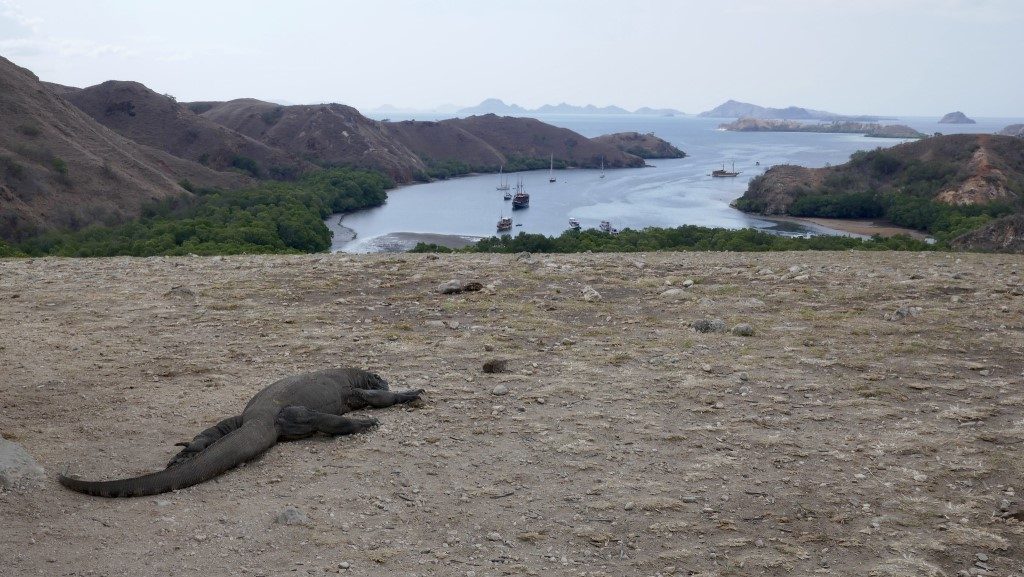 Jelamu added that the closure will give the authorities time to ensure that the food of the precious animals is enough, as well as preserve their home. Officials also aim to increase the population of the animals.

The area is the only place in the world where people can see the animals in their natural habitat.

The plans to close the park for visitors has been under discussion for months following the smuggling of 41 Komodo dragons which were sold for around 500 million rupiahs each, or around $35,000.

Komodo Island has increased its popularity in recent years because of cheap new flights and hotels in Flores and Labuan Bajo. It receives around 10,000 visitors monthly. 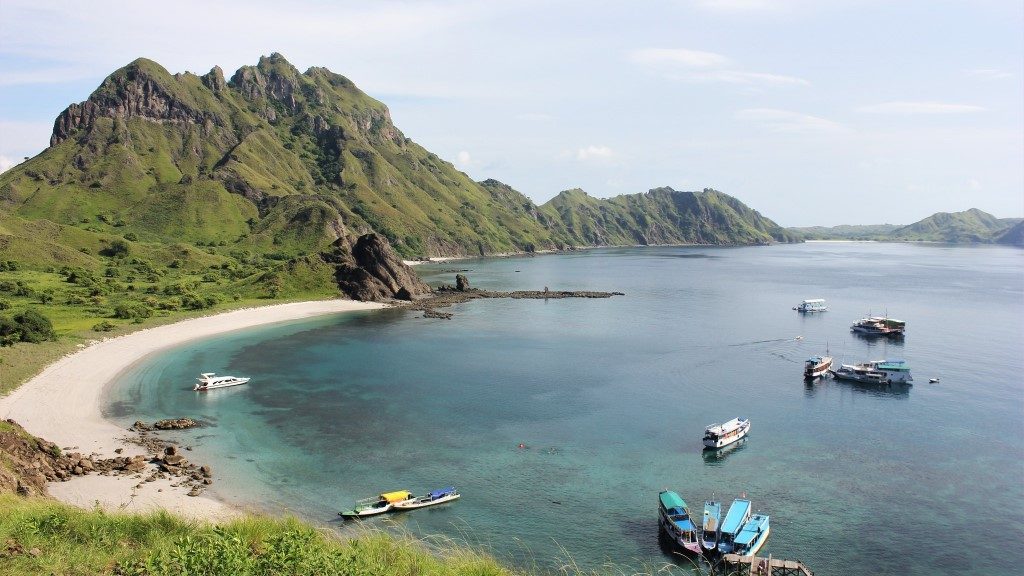 UNESCO reported that in the islands of Komodo, Gili Motong, Rinca, and other coastal regions of northern and western Flores, there are around 5,700 dragons.

The supersize lizards are not the only attraction of the park. Tourists can also snorkel and dive in the area, as well as marvel at its striking scenery.

The news of Komodo Island’s ban is only one example of many Asia news of closure of tourist spots to give time to rehabilitate. Some areas which also closed down are Boracay, and Maya Bay.

China’s Caviar: The Rising Reign in the Culinary World

The caviar on the menu of Michelin-starred restaurants may come from an unexpected place: China.

Pool isn’t just a game in the Philippines but a way to make a living, driving a fiercely competitive scene that has produced some of the world’s top players.

Despite a global boom, the closure of one of the southern hemisphere’s biggest eSports leagues has left its players in Australia and across Oceania facing an uncertain future.

US authorities have charged a New York police officer with espionage, accusing him of gathering information about the city’s Tibetan community for the Chinese government.

Japanese towns offer popular local specialities from wagyu beef to tuna as gifts to citizens who donate money in a special tax scheme, but the coronavirus pandemic has made masks this year’s must-have item.

Ash spewed by a Philippine volcano is being mixed with plastic waste to make bricks in an inventive response to the country’s persistent problems of pollution and frequent natural disasters.

A harrowing drama about school bullying has struck a strong personal chord with Chinese cinema audiences and soared to the top of the box office, after authorities belatedly gave it the go-ahead.

Unregulated, aggressive promotion of formula milk, poor medical advice, short maternity leave and workplaces hostile to nursing mothers mean China has among the lowest breastfeeding rates in the world and is falling well short of its own targets, experts warn.

Elaborate “virtual kidnappings” are being used to extort money from the friends and relatives of Chinese students Down Under, Australian police warned Monday, after a spate of transnational scams were reported.

Bring Me Banana and Whisky: Plea From Virus Cruise ‘Prisoner’

One banana a day, washed down with neat whiskey: that’s the humble request from a British passenger on the coronavirus-stricken cruise ship off Japan whose Facebook posts have made him an online star.

A Thai woman accused of insulting the royal family was jailed Tuesday for more than 43 years, a legal rights group said, the harshest punishment ever handed out under the country’s strict lese majeste laws.

Quick Specs On The J-20: China’s Most Powerful Stealth Jet

The billionaire founder of global acrobatic troupe Cirque du Soleil, Guy Laliberte, has been detained in French Polynesia on suspicion of growing cannabis on his private island in the South Pacific, authorities said.

Whispered insults, social isolation, and lost opportunities — Morn Chear is channelling the stigma he has endured since he lost both his hands a decade ago into artwork that highlights the hardships of Cambodia’s disabled.

A lonely rhinoceros at a Bangladesh zoo is looking for new love after losing her partner seven years ago, but pandemic travel restrictions are hampering her keeper’s attempts to play matchmaker.

Amazon on Tuesday made a priority of medical supplies and household staples, putting shipments of other goods on hold to focus on key items during the coronavirus outbreak.

In the Philippines, hundreds of coffins dangle from towering cliffs

Thousands of homeless “net cafe refugees” in Japan risk being turfed out onto the streets as the coronavirus pandemic forces the sudden closure of their uniquely Japanese 24/7 comic book havens.

Climate Change is something you may be familiar about. But do you know its detrimental effects on Asia? Find out why you should be worried about this crisis.

Scared but Desperate, Thai Sex Workers Forced to the Street

A shutdown to contain the coronavirus has killed Thailand’s party scene and forced sex workers like Pim out of bars and onto desolate streets. She’s scared but desperately needs customers to pay her rent.

More than half a million people have died in the coronavirus pandemic, an AFP tally showed Sunday, as bars in Los Angeles were ordered to close again due to surging cases in the United States.

A Danish newspaper refused to apologize to China on Tuesday over a satirical cartoon it ran about the deadly new virus that has killed dozens and infected thousands more.

A Hong Kong teenager was found guilty on Friday of insulting China’s national flag and unlawful assembly as Beijing accelerates its crackdown on dissent and the city’s pro-democracy movement.

China’s “Great Firewall” system of online censorship blocks domestic access to nearly a quarter of the foreign news organisations accredited to report in the country, a press watchdog said Tuesday.

With an average of 20 cosmetic procedures/1000 Koreans, has South Korea’s ultra-competitiveness and lookism reached fever pitch?

Forty years ago, a new video game featuring a bright yellow, dot-chomping, ghost-dodging character called Pac-Man appeared in Tokyo. It would become the most successful arcade game of all time.

Interview: At twenty-one years old, Ahtisa Manalo is one of the Philippines’ youngest and most influential beauty queens. The multi-hyphenated beauty shares her love for beaches, her cats, and most importantly, clocking in extra sleep.

The Truth about Asia and its Obsession with Plastic

Seven former and current bank employees have been arrested in Hong Kong as part of a major operation against a US$810 million international money-laundering syndicate, police said Wednesday.

Jeremy Lin said Tuesday he is leaving the Beijing Ducks after one season in China and wants to return to the NBA, where he sparked the “Linsanity” craze of 2012.

Confetti fluttered on to frontline workers scattered across Times Square after fireworks burst above eerily quiet landmarks from Sydney Harbour Bridge to Copacabana beach, as the world ushered in the New Year with muted celebrations and said good riddance to a pandemic-ridden 2020.

Unchaperoned teens, gay partners and sex workers – fictional characters in a new curriculum for Myanmar schools are causing a real-world tussle over morality in a deeply conservative nation.