The Philippines is considering pushing for legal actions against Chinese vessels who illegally harvest giant clams in the Scarborough Shoal located in the West Philippine Sea.

Satellite images show that more than 104 square kilometers of coral reefs have been destroyed by the illegal activity which also carves up the reef in the process. Additionally, China has also ruined around 58 square kilometers of the reef due to building activities to intensify its presence and claim of the area.

“We protest this. This is illegal, and in fact you are also violating conventions on environmental protection, for which we can take legal action,” said Foreign Secretary Teodoro Locsin, Jr, who also complained that the Chinese officials already know about the illegal activity.

China harvests the giant clams as an alternative to ivory. It is used for sculptures at a very high rate. However, there is no price that can match its contribution to the ecosystem.

To harvest the resources, poachers destroy the corals by pulverizing them. Because of this, the clams are not the only ones being destroyed, but also the habitat of sea creatures.

Giant clams are essential in the area’s reef-building as it produces carbonate shell material. This gives the housing for large algae, sea squirts, soft corals, and sponges. Furthermore, it is also considered as the home of many organisms such as filter feeders, zooplankton, and phytoplankton.

The claim to the large biodiverse area has been widely contested by the Philippines and China in recent years because of its high potential.

The area is also a major trade route. In fact, more than $5.3 trillion worth of international trade passes through it every year. Additionally, it is also believed to contain gas and oil, two of the most prized resources today.

Conservationists have warned a sudden change in Myanmar’s law allowing the commercial farming of tigers, pangolins and other endangered species risks further fuelling demand in China for rare wildlife products.

China has confirmed its first case of a new coronavirus variant that was recently detected in Britain, health officials said.

Shanghai Builds $900M Hub in Push to be eSports Leader

China has begun building a $900 million facility it hopes will be the envy of eSports and seal its push to make Shanghai the global capital of the fast-growing professional gaming industry.

He could be sipping cocktails in his silk slippers yet fashion legend Kenzo is back at the age of 80.

A man who inadvertently triggered Hong Kong’s huge protests after he murdered his girlfriend in Taiwan has agreed to return to the island to face justice, a clergyman who has visited him in prison said on Friday.

More than 60 Million Indians may have Caught Coronavirus: Study

Hong Kong’s high court on Friday ruled that same-sex couples should receive equal treatment under inheritance law, in a step forward for LGBT rights in the finance hub.

Thailand: The Miraculous Cave Rescue and The Movies Inspired By It

What was supposed to be an hour-long cave exploration adventure has suddenly become a two week-long fight for survival for the 12 young kids and their coach.

Nearly 5,800 people suspected of killing health workers, selling defective medical equipment and lying about their travel history have been arrested in China for epidemic-related crimes since January, the state prosecutor’s office said.

Malaysian radio station BFM 89.9 and advertising agency Fisherman teamed up for #BersatuForMakan, a call to unite for shared love of food, to celebrate National Day and Malaysia Day

Companies that hire transgender people will be given tax breaks, Bangladesh announced Thursday, the latest in a series of measures to boost support for the minority group in the conservative Muslim-majority nation.

Some of the Most Expensive Chinese Paintings Ever Sold

Artworks are now being sold at incredible mind-boggling prices. Whether you have a few million to spare and want to turn your house into a museum, or just curious about art, we’ve compiled some of the most expensive Asian artworks ever sold.

Men Who Used Monkeys to Steal Cash Arrested in India

Nestled among the mountains in southwest China, the world’s largest radio telescope signals Beijing’s ambitions as a global centre for scientific research.

Will Elon Musk Save the Philippines’ Slow Internet?

Converge, a Philippine-based internet provider is in talks with Elon Musk’s SpaceX for a potential collaboration in the country. According to Converge, the plan is still in its premature stage. Do you think it can finally give Filipinos the reliable internet they deserve?

When dissident Chinese artist Ai Weiwei secretly snapped a picture of himself showing a middle finger in Beijing’s Tiananmen Square, he knew it was provocative.

Video app TikTok on Monday filed a lawsuit challenging the US government’s crackdown on the popular Chinese-owned platform, which Washington accuses of being a national security threat.

China Limits Travel in Most Populous Province over Covid-19 Cases

Chinese authorities imposed fresh travel limits, canceled flights and tested thousands of residents in Guangdong Monday after the Indian variant of the coronavirus was reported in the country’s most populous province.

They train with swords and fighting fans after their prayers and morning chants. Meet the Himalayan kung fu nuns using their martial arts skills to challenge stereotypes about women’s roles in the region’s patriarchal societies.

China to Test Entire City of 9M after a Tiny Outbreak

All nine million people in a major Chinese port city will be tested for Covid-19 following a tiny outbreak, health officials said Monday, as surging infection numbers in Europe force another round of containment efforts.

Burnt bread, collapsed cakes and inedible potatoes: the kitchen failures of Vietnamese families in self-isolation are being shared online, with hundreds of thousands joining a Facebook group to commiserate over their culinary catastrophes.

With the Olympics postponed due to the coronavirus, top Japanese fencer Ryo Miyake has swapped his metal mask and foil for a bike and backpack as a Tokyo UberEats deliveryman.

A brief and rare deployment of Chinese troops in Hong Kong to clean up streets has raised questions about whether Beijing will intervene militarily to end nearly six months of pro-democracy protests.

Malaysia on Sunday deported a leading figure in conspiracy circles who is wanted in France over the kidnapping of an eight-year-old girl, sources told AFP.

Frenchman May Face Firing Squad for Smuggling Drugs into Bali

Two Thai women and a Frenchman could face the death penalty after they were caught smuggling drugs into Bali, the Indonesian holiday island’s customs agency said Monday.

South Korea’s parliament is likely to allow guide dogs entry to the chamber, officials said Monday, 16 years after they were banned under a rule prohibiting “disruptive objects or food”.

China’s super wealthy have earned a record $1.5 trillion in 2020, more than the past five years combined, as e-commerce and gaming boomed during pandemic lockdowns, an annual rich list said Tuesday.

China livestreamed footage of its new manned submersible parked at the bottom of the Mariana Trench on Friday, part of a historic mission into the deepest underwater valley on the planet.

Southeast Asia’s best trekking spots go from green and friendly to fiery and sulfuric. Are you ready for the thrill?

Rolls-Royce Motor Cars, which along with the wider luxury goods sector is recovering strongly from pandemic fallout, has launched a “Boat Tail” automobile — tailor-made for just three ultra-wealthy clients.

China’s Caviar: The Rising Reign in the Culinary World

The caviar on the menu of Michelin-starred restaurants may come from an unexpected place: China. 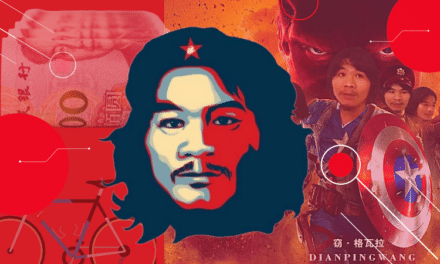 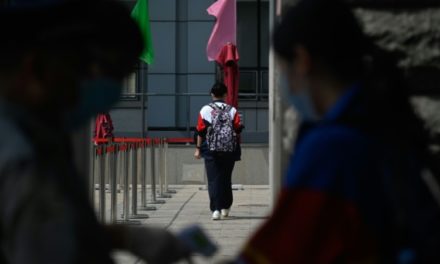 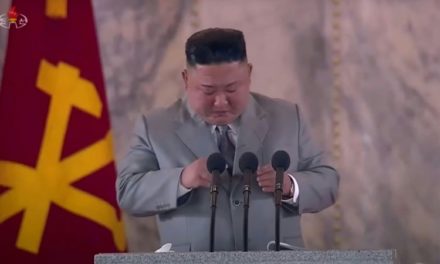